This Sunday marked the forty-ninth day after the passing of Lama Norlha Rinpoche on February 19, 2018 at his center in Wappinger Falls. The day before, His Holiness had spontaneously come and bestowed upon him the empowerment of Akshobhya, which he had long wished for. From February 19th up to this forty-ninth day, his students, many of whom are ordained, had performed traditional daily practices for the deceased, which included those of Akshobhya, Amitabha, Red Avalokiteshvara, and Vajrasattva.

During the morning today, disciples gathered in the main shrine hall where the central focus is an impressive statue of Maitreya, the future Buddha. To his right, a small shrine had been arranged for Lama Norlha with beautifully arranged offerings, a photograph, and his ashes. On the north side of the hall was a long, multi-tiered altar lined with special offerings. This morning’s practice was the long one of Amitabha, which centers on purification and prayers for rebirth in Sukhavati.

Shortly after lunch a surprise announcement let it be known that the Karmapa would be coming in the afternoon. In a cavalcade, he arrived around 3:30 and was greeted by colorful brocade banners, music, and a bright yellow umbrella, which accompanied him to the shrine hall. Once inside, the Karmapa stopped to light a large butter lamp before taking his seat on a golden throne in front of the Buddha Maitreya. When the ritual reached the chanting of the lineage of the Karmapa and his spiritual sons, His Holiness’s voice came alive to lead the chanting and bring the blessings of the Kagyu forefathers.

In the future, the Institute plans to build a precious stupa to enshrine Lama Norlha’s ashes and to hold a yearly memorial service on the anniversary of his passing. After the ceremony concluded, the Karmapa walked to the two three-year retreat centers to give his blessing to this eighth group men and women on a traditional Kagyu long retreat. Having stayed with them for quite a while, the Karmapa departed for his residence to the waving of white scarves. 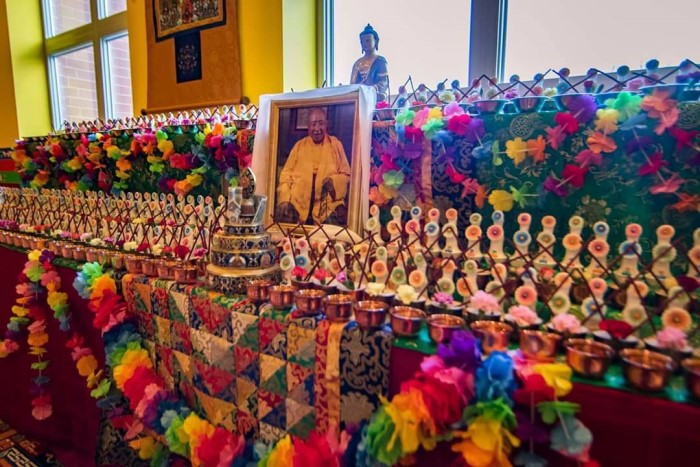 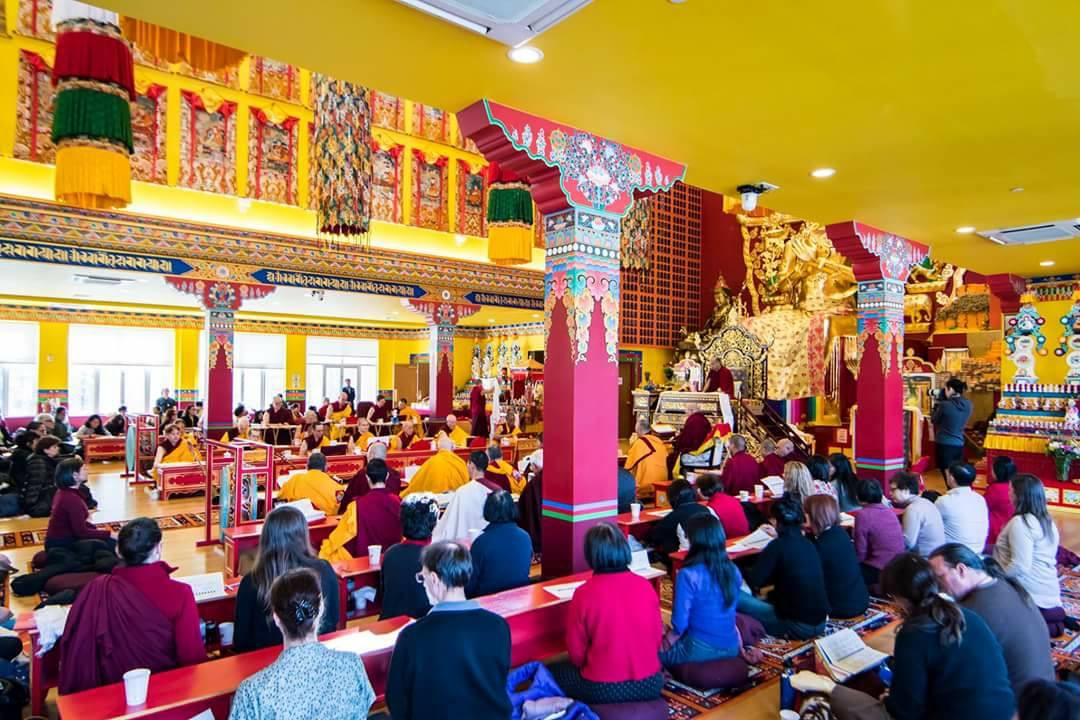 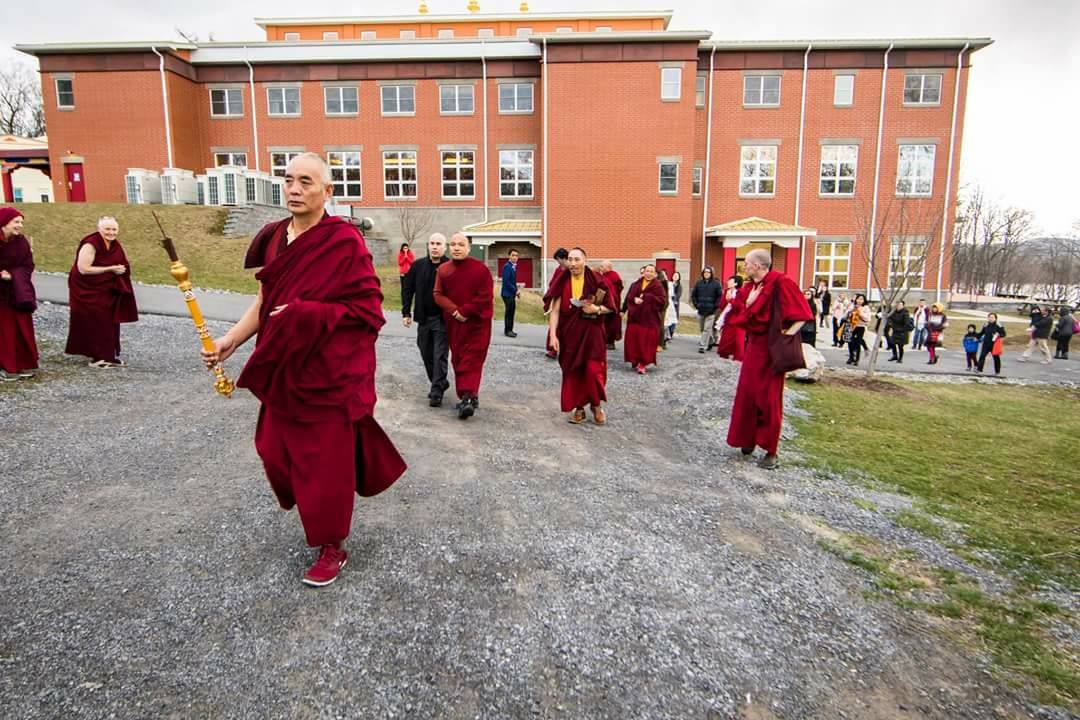